Its been nearly a month since the federal government rolled out its federal trucker vaccine mandate and opposition to the rule continues to mount. As the main convoy in Ottawa has reduced in numbers, the remaining protesters are continuing to pester residents and additional trucker protests expand – inspiring similar protests across the country and internationally.

As the protest in Ottawa goes into its 12th day, many protesters have left the area but a small contingent still remains. Roughly 500 vehicles are part of the protest in the Ottawa downtown core and have gone as far as building makeshift shelters for gas and supplies to keep their operation going. Due to the disturbances many businesses in the area, including the Rideau Centre, have remained closed since the protest began. Major museums and some other public spaces have also been closed in response to the protesters. The closures, traffic, and alleged rowdiness of the protesters have pitted many Ottawa residents against the protesters as Ottawers attempt to go about their daily lives. Some pressure was released from the situation when, on Monday, an injunction was granted to halt anyone honking horns in Ottawa. Though Ottawa police are still working to defuse the situation, claiming that there have been 22 arrests, 1300 tickets issued, and 79 ongoing investigations. However, one major factor as to why they haven’t taken more aggressive action is that apparently, 25% of the trucks involved in the protest have children living in them. Police are considering all options In the interest of protecting the 100+ children in the remaining convoy. – more details available here.

As the secondary ‘convoy’ at the border crossing in Coutts Alberta enters its 4th day of a border blockade, protesters are still digging in and there is no end in sight. There are still roughly 50 vehicles blocking the border crossing in both directions with police unable to clear out either of the two blockades that have formed. Though earlier this week the protesters cleared one lane of traffic in order for essential travel to continue in one direction, this was short-lived as protesters quickly refilled the single clear lane and once again blocked traffic in both directions.

There was hope that yesterday’s announcement from Alberta premier Jason Kenny would convince protesters to ease the blockade, but these hopes were quickly dashed. The announcement took effect last night at midnight, ending the vaccine passport requirement and growing certain gathering limits. The announcement also included that on March 1st all gathering limits would be dropped and mask mandates ending. This, however, was not enough for the protesters at the Coutts border crossing who say that they’re much more interested, or rather upset with, the federal response and that they won’t move until Prime Minister Trudeau changes his mandates.

It seems as though this is the only way the blockage is going to be cleared at this point as it certainly won’t be by force. Authorities in Coutts, and in Ottawa, have said that local towing companies have been unwilling to assist in removing vehicles at the protest out of fear that it will impact their business now and in the future. Because of the relationship between truckers and heavy-duty tow truck drivers, it’s thought that breaking up the protest by towing away big rigs could cause the towing companies to lose business from the truckers that they typically might work with. – more details available here.

A New Protest – Protesters at the Ambassador Bridge

The most concerning new development in this protesting saga occurred on Monday when protesters in Ontario shut down the Ambassador Bridge, the busiest border crossing in the country. Roughly 200 vehicles, most of which were not transport trucks, locked up traffic in both directions late Monday night. Though a northbound lane was cleared late on Tuesday, traffic into the US is still completely closed off. Currently, drivers are being diverted to a border crossing in Sarnia in order to maintain some travel in the area, but there are still dozens of trucks and cars stuck waiting behind the blockade.

Because the bridge usually facilitates the transport of nearly $50 million worth of goods every day, many business associations on both sides of the border are calling for a swift resolution to the blockade. The most immediate effect has been on auto manufacturing in Windsor, as most plants rely on just-in-time delivery and any reduction in supply could cause the cancellation of shifts. Though many plants have contingencies for these situations, the delay or total blockage of these and other goods entering the country could damage the local economy and have shockwaves throughout the province. – more details available here. 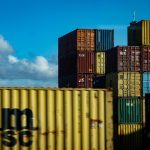 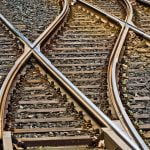